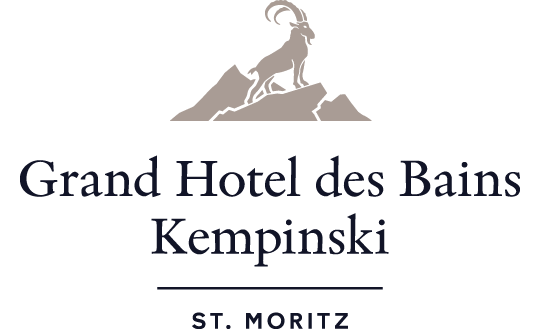 Set in an iconic 1864 building, Grand Hotel des Bains Kempinski offers timeless European luxury in a breath-taking mountain setting. Its celebrated alpine spa, impeccably styled rooms and suites and award-winning restaurants draw guests and gourmets from all around the world, while its location at the foot of the Signal cable car offers unrivalled access to the ski slopes and hiking trails of St. Moritz.

“Always room for improvement!” With this as his motto, a great deal of creativity and enthusiasm, Matthias Schmidberger and his team managed to cook up the first star, awarded by the highly esteemed Michelin Guide in 2012. This gave the gourmet restaurant Cà d’Oro the prestigious award in its first season under the leadership of the German executive chef.

Moreover, he cooks so skilfully using texture, consistency and flavour, that the Cà d'Oro was also awarded 17 GaultMillau points, with the Enoteca receiving 14. His creations reflect his passion for European culinary art, straightforward presentation and products of first-class origin. Matthias Schmidberger has been creating unforgettable gourmet experiences at the hotel for eight years - since 2015 he has overseen all the hotel’s food services.