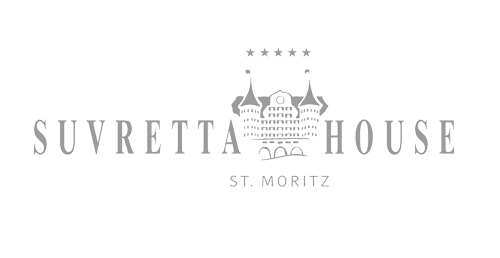 The grand hotel Suvretta House is part of the premium category of “Swiss Deluxe Hotels” and is one of the Leading Hotels of the World. It was awarded from Karl Wild Hotelrating as “Swiss Hotel of the Year 2020/2021. Situated in an unique setting above St. Moritz it offers a breath-taking view.

Suvretta House is an oasis of rest and relaxation with its elegantly appointed 181 rooms and suites together with wellness and spa areas. The impressive Grand Restaurant holds 16 points GaultMillau, the charming Suvretta Stube, as well as the legendary Anton`s Bar and hotel lobby all cater for great culinary highlights.

In May 2015, Fabrizio Zanetti became Executive Chef at the Suvretta House and captivates with his market-fresh, French cuisine. Fabrizio Zanetti was born in St. Moritz and completed his apprenticeship at the Badrutt’s Palace Hotel. He was working in numerous star-crowned kitchens such as the Baur au Lac in Zurich and the Castello del Sole in Ascona.

At the Kempinski Grand Hotel des Bains in St. Moritz he gained 15 GaultMillau points. Further highlights in his career were positions at Gordon Ramsay’s Savoy Grill in London as well as with the Kempinski Group in China.